The Large-Fruited Bushwillow (Combretum Zeyheri) is a deciduous tree up to 15m tall with a rounded crown. The tree is sometimes the dominant tree species in the woodlands, occurs mostly in sandy or gravelly soil, but grow in any soil type. 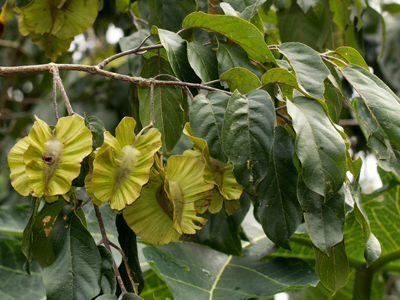 The flowering season is from August to November, and fruit shape from February to October.

Elephant, giraffe and kudu eat the leaves and young twigs. The ripe fruit is eaten by monkeys and hornbills.

Leaves mixed with oil are used as a lubricant for a stiff neck and back pain. Mashed roots mixed with fat is used as an ointment to relieve Hemorrhoids. Powdered roots are taken orally in porridge for a bleeding nose to stop and for the relief of kidney pains. 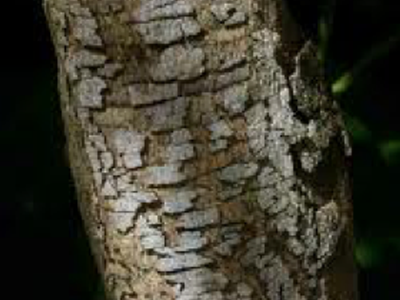 Bark on young branches is covered with whitish hair, twigs have prominent knots, but the bark on the old stems is smooth and gray, sometimes peeling. It is a good shade tree and effective for large openings in the garden.

The Large-fruited Bush willow is drought resistant and can withstand considerable cold winds but not frost.

Growth rate is initially slow but increases to 800mm per year if plants are protected from cold winds and frost. The Large-fruited Bush willow in his natural habitat is fireproof and the fruit is adjusted to be rolled by the wind for distribution.